In prep for next week's amazing "In Like a Lion, Out Like a SHIFTER" Facebook party (click here to join!), I am thrilled to feature fellow shifter author, Abigail Owen who wrote a pulse-pounding shifter romance called "Andromeda's Fall."

Check out what Fresh Fiction had to say about the book:

ANDROMEDA’S FALL is one book that you need to have mapped
out time to read because it will not let you put it down. From the first page when the injured Andie jumps through the window into the Keller home to the fantastic (I didn’t want it to end) ending, you will be enthralled.–Fresh Fiction

Andromeda’s Fall (Shadowcat Nation #1)
Andromeda Reynolds is being hunted. After witnessing her mother’s violent death at the hands of a pack of wolf shifters, Andie has devoted her life to protecting her community of cougar shifters from a similar fate. But now, a greater threat lies within her own dare, and she must run. If she stays, Kyle Carstairs will force their mating, seeking the added political power their union would provide.
Andie would rather chew off her own foot than end up with Kyle. Though, knowing him, she won’t live long either way. Andie’s only hope of survival is to mate Jaxon Keller, the Alpha of the Keller Dare with which she is seeking asylum. But before she can get to him, Andie must first go through A.J., one of the Alpha’s Protectors.
What Andie doesn’t realize is that A.J. has secrets of his own. All Andie knows is that the incredibly frustrating shifter insists on challenging her story, her skills, her trust… and her heart.

Check out the video trailer here.

Excerpt:
He glanced down at her. “You really are a tiny thing, aren’t you?”
Andie scowled. “Don’t let my size fool you. I can pack a wallop when I want to. Even with a broken arm.”
A.J. laughed. “I’m sure you can.”
Andie stared straight ahead, her mouth thinning. She hated being patronized. Men were so dense sometimes. They never took her seriously until she showed them exactly why they should.
Keeping her left arm protected, Andie suddenly dropped. One leg shot out and she spun low to the ground, sweeping A.J.’s feet out from under him. As he landed on his back, she was on top of him, her knee on his windpipe—not crushing, just sending a message.
Before she could gloat too much, though, she was flying through the air. Andie tucked into a back flip, landed on her feet, and then spun and launched herself backwards in a one-handed back handspring. A.J. had just gotten on his feet when her legs wrapped around his neck. She used her momentum to drop him back to the floor.
Andie rolled and ended up in a crouch close by. A.J. held up his hands in surrender. “All right, wildcat. You’ve proved yourself.”
Andie glared at him. “Don’t doubt me. And don’t insult my intelligence by pretending you just lost either,” she said in a severe voice, made harsher, perhaps, by the fact that she’d just realized exactly how incredible his blue eyes were. They were a vibrant color made even more interesting by the black ring that rimmed the irises. And she was more than irritated with herself for having noticed that at all.
He levered himself up off the floor. “Fair enough.”
The only thing that kept her from proving her point more—because she could tell he’d held back—was the small amount of respect she could see in his eyes. With a brusque nod, she followed him down the hall. 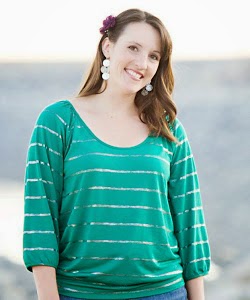 Award-winning author, Abigail Owen was born in Greeley, Colorado, and raised in Austin, Texas. She now resides in Northern California with her husband and two adorable children who are the center of her universe.
Abigail grew up consuming books and exploring the world through her writing. A fourth generation graduate of Texas A&M University, she attempted to find a practical career related to her favorite pastime by earning a degree in English Rhetoric (Technical Writing). However, she swiftly discovered that writing without imagination is not nearly as fun as writing with it.

Happily My Ever After,
Dylan

P.S. Want to see the other shifter authors coming to the party? Check it out on this post here, or just go ahead and join the friggin' party already by clicking HERE.
Posted by Unknown at 7:30 AM
Email ThisBlogThis!Share to TwitterShare to FacebookShare to Pinterest
Labels: Abigail Owen, Facebook Party, Giveaway, Shape-Shifters