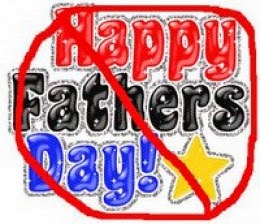 Ok, maybe 'HATE' is a strong word. Father's Day is not my favorite holiday.

Given my three-fathered past, it's not hard to understand why. In fact, if it weren't for the fact my husband is an amazing Dad to our children, I'd ignore the freaking holiday altogether.

I never thought I had "Daddy" issues--not until doing an interview a year ago when the blogger asked me what themes repeated or carried over in all my novels. As I thought about the question, I was horrified to discover that fathers--or lack thereof--was an underlying theme for each of my heroines. In fact, I'd go so far as to say it was an underlying obstacle for each of them--one that flavored and shadowed their actions and reactions toward the hero of the story.

Took a couple glasses of wine to get over THAT self-actualization.

Before you think I had some monsters for fathers, let me set the record straight: I didn't. There are men out there--and I use the term 'men' very loosely--who drink, who belittle and hit their children and much, much worse. I had none of those. 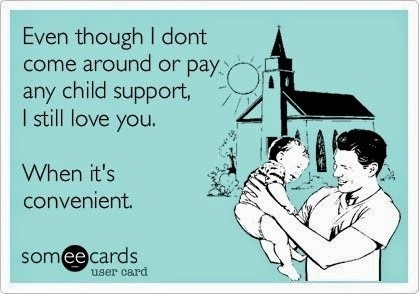 My fathers weren't monsters. They just sucked at the basic job description of "Dad" and the 'forever' caveat that's supposed to go along with that.

I'll give you a quick run-down of my Father Figures. (I should draw a diagram, or a timeline, as it gets confusing):

Father #1 abandoned me within a year of my birth (never paying child support or helping my mother in any way), and I was led to believe Father #2 was the real deal until 6th grade, when I was introduced to Father #1. By high school, Father #2 abandoned me and my sister (and joined the dead-beat Dad population), while Father #1 took me on as an employee. By college, Father #3 entered the picture, Father #1 sort of lost interest in having a relationship with me (plus I no longer worked for him), and Father #2 was God-knows where doing God-knows what. And in my adulthood, Father #3 abandoned me and my sister (which, as we were adults, was not nearly as devastating as the others), rounding out the whole sordid picture.

Okay, put the damn tissues aside. It's all good.

There are many kids out there who have it much worse, I realize that. And before you comment on this post that I should reconcile with Father #1, #2, or #3, save your breath. I"m working through my father issues in my own way: through writing.

After that fated blog interview, I went through the novels I'd written to see exactly what my father-theme was for each of my heroines. (Bear with this psycho-analysis (pun intended)...I promise there's a point):

Book 1 (published, "Despite the Ghosts") :  abandonment, no knowledge of real father, and money/men/trust issues:
Heroine Nola had BOTH parents abandon her at birth, giving her to Nana Bee to raise. Reader discovers that the mother never named the birth father, and Nola will never know who he is. Nola has basic trust issues toward men (especially involving money) and finally learns to love and trust Parker.

Book 2 (published, "Any Witch Way") :  abandonment, no knowledge of real father issues:
While I can't reveal the details (without risking a spoiler), those that have read this novella will know Lily's curse has a direct relationship with her father, and parental abandonment features here, as well.

Book 3 (published, "Despite the Fangs") :  father missing from picture and trusting men issues:
In my most recent novel, my heroine (Aribella) lost her father when she was growing up. That loss geared her up to be the family's provider, as well as the Alpha, even though she is the youngest of the werewolf pack. Ari's issues are furthered by being left, literally, at the altar by her first human relationship. Her past drives her distrust of men--a fact that makes it difficult for her to trust (and love) hottie hero, Mason Gray.

But in literature, as in life, heroines (and authors) move on. 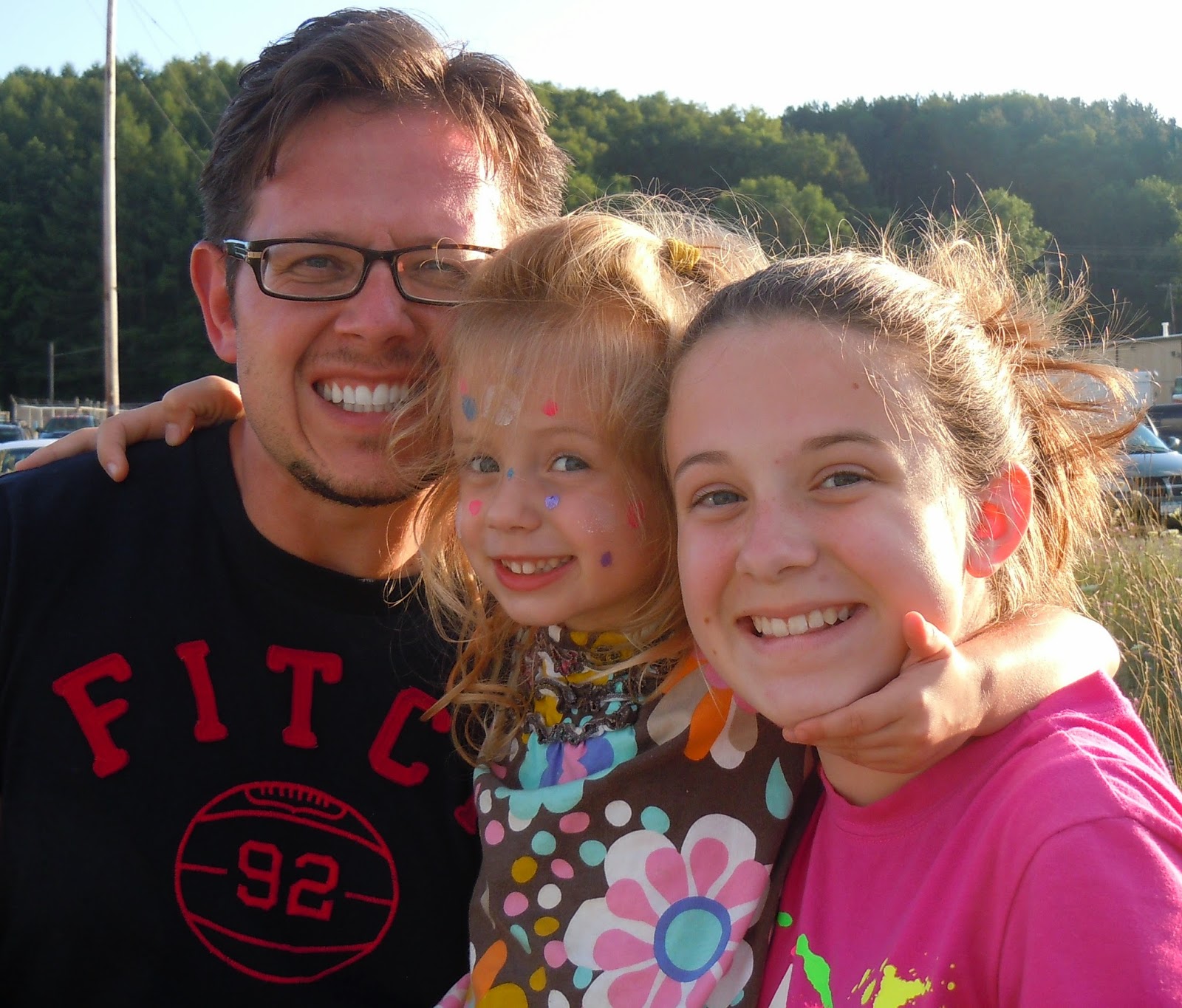 As my readers know, striving for the Happily Ever After is also a theme in all of my books, and this very
blog itself, so while you may be inclined to see my 'Daddy issues' as half empty, here's the half full part: I
managed to marry a man who is an amazing husband and one of the best fathers I know.

So this Father's Day, while I dislike it for my past, I love it for my children's future.

Happily my Ever After,
Dylan

P. S. Want to see the book videos for my books with (apparently) underlying Father issues? Check them out here, and you can buy them here.
Posted by Unknown at 10:01 AM 3 comments:
Email ThisBlogThis!Share to TwitterShare to FacebookShare to Pinterest
Labels: abandonment issues, Any Witch Way, Daddy issues, Despite the Fangs, Despite the Ghosts, Hate Father's Day

Goodreads Giveaway of "Despite the Fangs"

I wanted to share with my blog friends the Goodreads giveaway for 10 copies of my urban fantasy/paranormal romance "Despite the Fangs," signed, sealed and delivered to you in the US, Canada and Great Britain!

This is in response to my Canadian and UK friends who have wanted to enter a contest with me, but were previously limited. This is your chance to get a SIGNED COPY sent to you OVERSEAS--my only such Goodreads giveaway this year!

Enter here for my Goodreads Giveaway of 10 SIGNED copies of "Despite the Fangs":

See the giveaway details
at Goodreads.


Click here for the book video trailer, and scroll below for the blurb and excerpt. Good luck!

DESPITE THE FANGS Back Cover blurb: 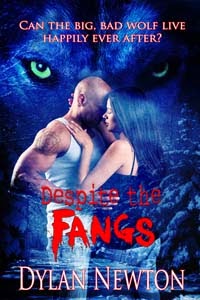 Workaholic werewolves have such awesome perks.

Then she tracks a hiker whose delectable scent calls to both halves of her werewolf self. Not only does Mason Gray look as good as he smells, he may be the only man who can love the beauty behind the beast. Ari should know better than to trust a human, especially after Mason blackmails her into tracking his kidnapped son. But her attraction for the mysterious single father has Ari ignoring her animal instincts.

Can the big, bad wolf live happily ever after, DESPITE THE FANGS?

Excerpt from DESPITE THE FANGS:

“Aren’t you curious to know what I’ve decided to do with you?”

Mason turned his bronze gaze on her, and Ari’s pulse doubled even as she scoffed.
“Let’s see…either more dart gun practice with me as your target, or you’ve got some misguided fantasy that if I bite you, you’ll become a werewolf like me—”

Ari stopped speaking, but it was too late. Now her plan to protect Mason from knowing too much was shot to hell. She might as well parade around shouting, ‘I’m here. I’m were’. Get used to it!’

Mason grinned. “Two options I hadn’t considered. I don’t need target practice. However, a little biting might be nice.”

His words rolled over her like a pheromone-scented wave. Ari opened her mouth to reply, yet produced only an airy squeak. Mason’s eyes were doing that intense, dark glittering thing again—the look that made it difficult to concentrate. Or breathe.

With a gasp and a shudder, Ari managed a shaky laugh.
“Watch out. I’m not up to date on my shots.”

Mason voice danced along her spine as he leaned in.
“I like to live dangerously.”

Happy My Ever After,
Dylan

P.S. The giveaway ends soon, so be sure to enter today. Here's the link again.
Posted by Unknown at 10:08 AM No comments:
Email ThisBlogThis!Share to TwitterShare to FacebookShare to Pinterest
Labels: Despite the Fangs, Dylan Newton, Giveaway, Goodreads, Paranormal Romance, werewolf
Newer Posts Older Posts Home
Subscribe to: Posts (Atom)