My desk during November (ahh, NaNoWriMo!)

The Anatomy of a Writer's Desk During NaNoWriMo 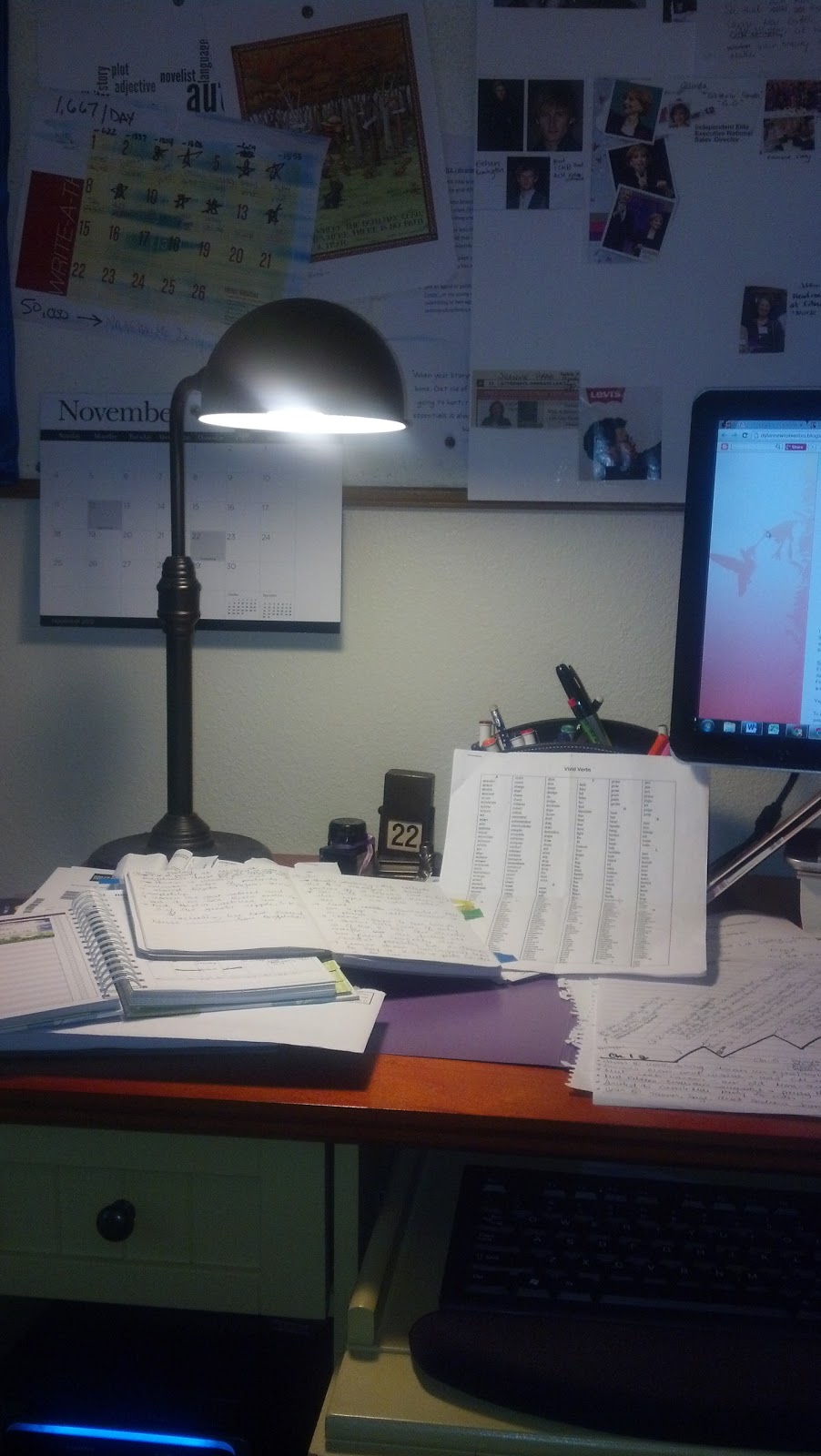 From left to right:
So, that's what National Novel Writing Month looks like in my house. I cannot wait until November ends, and my 50,000 words on "Makeovers and Minions" is complete.

Writing my way through to...
Happily My Ever After,
Dylan


What is the price Americans pay for Dumb-A**-ery? 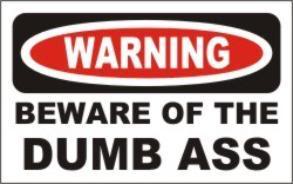 We as Americans have the right to Dumb-A**-ery. Many of our rights revolve around the basic premise of, as my four-year-old would say, "I can do whatever I waaaaant to!"

But...what happens when other people's Dumb-A**-ery impacts our ability to achieve Happily Ever After?

Check out a recent post from a friend of mine. Her husband is one of many that volunteer on New Jersey's Task Force of First Responders for Disasters...and he recently had to leave his family to save idiots from their own Dumb A**-ery.

Just to put it in perspective, in the US, you can choose to not wear your seatbelt. But, if you're caught, you face a fine of up to $110.

But what about the idiots whose Dumb-A**-ery leaves them in the Barrier Islands with a hurricane bearing down on them? And they had access to leave, but they exercised their American right to Dumb-A**ery, and stayed. Are they fined, or do they suffer consequences for their Dumb-A**ery?

Read this letter, posted with permission. And let me know what you think! Better yet, like it on Facebook, Tweet it, shout it from your rooftop. I'd like to think that eventually, the phrase "Unsung Heroes" will be an oxymoron.

Until then....
Working Toward Happily My Ever After,

The following is posted with permission:

An open letter to those that decided to "ride out Sandy" on the Barrier Islands.
Dear Jackasses,
While you were sitting deciding to stay in harms way and "ride out the storm of the century," my husband was packing his gear preparing to go save your sorry asses. As you were playing drinking games while watching The Weather Channel, taking a drink each time you heard, "hunkering down," my husband was kissing his kids goodbye for what could be the last time. Why? So he could go save your sorry asses. Now as you realize that perhaps you should have heeded the ORDER to evacuate, and are calling out to be rescued, my husband is risking his life along with other First Responders, for what?? To go save your sorry asses. As you sit nervously, in fear for your life, waiting for rescue, my kids are sitting at home, riding out the hurricane without their daddy. They are little, scared and don't understand why daddy has to help the people who would

NOT follow orders instead of staying home and protecting them. Again, I say, "why?" To save your sorry asses...


As a wife of a First Responder of the NJ Task Force, I am extremely proud of the VOLUNTEER work that my husband does. He has a natural leadership about him and uses this skill to save those in need of rescue unselfishly. Let me be implicitly clear; I have no problem with my husband saving lives of those who legitimately need rescue. Those who COULD not evacuate--not those of you who CHOSE not too.

As I sit and watch the news and interviews I become increasingly incensed by the interviews of those of you who decided to ride out the storm. Your casual replies that perhaps you shouldn't have attempted to ride out the storm, or worse, that it was "crazy" or "unbelievable." If you are interviewed you should be GRATEFUL that my husband decided to risk his life without a second thought so that you could live yours. You should be THANKFUL to all the First Responders who are risking their lives because YOU made a stupid, stupid choice.

To the media: I abhor how you interview these punks who ride out the storm and glorify their decision. Why not ignore their stupid decisions or better yet, call them on it. Ask them what the hell they were thinking and who do they think they are to risk someone else's life so they could experience a hurricane?? Interview the heroes...the ones who are out there unselfishly helping others. Notice, you won't see this--not because the media won't attempt to interview them--but rather the true heroes don't need the glory that the Jackasses that rode out the storm so desperately need.

Right now, while you Jackasses are safe, warm and with family members, my husband, along with many other First Responders are out risking their lives so they can save your brethren. So, Jackasses, kiss your family today and tell them that you love them. Simply because you can. Let's hope that my kids and I can do the same with my husband.
Posted by Unknown at 9:58 AM No comments:
Email ThisBlogThis!Share to TwitterShare to FacebookShare to Pinterest
Labels: Dumb-A**ery, Hurricane Sandy
Newer Posts Older Posts Home
Subscribe to: Posts (Atom)